We set off on Tuesday Feb 21st from our Surrey HQ to North London and the Emirates Stadium . 96 players attended from ages 5 through to 16 and there was a great atmosphere on the coaches with excitement mounting as we approached the impressive stadium . The tour was amazing with interactive guides and access all areas . The players enjoyed the Arsenal shop at the end of the tour and mini balls and key rings were popular choices!

A short journey later we arrived at the Powerleague pitches and all players took part in a tournament inspired by what they had seen earlier in the day . A great day for staff and players alike . 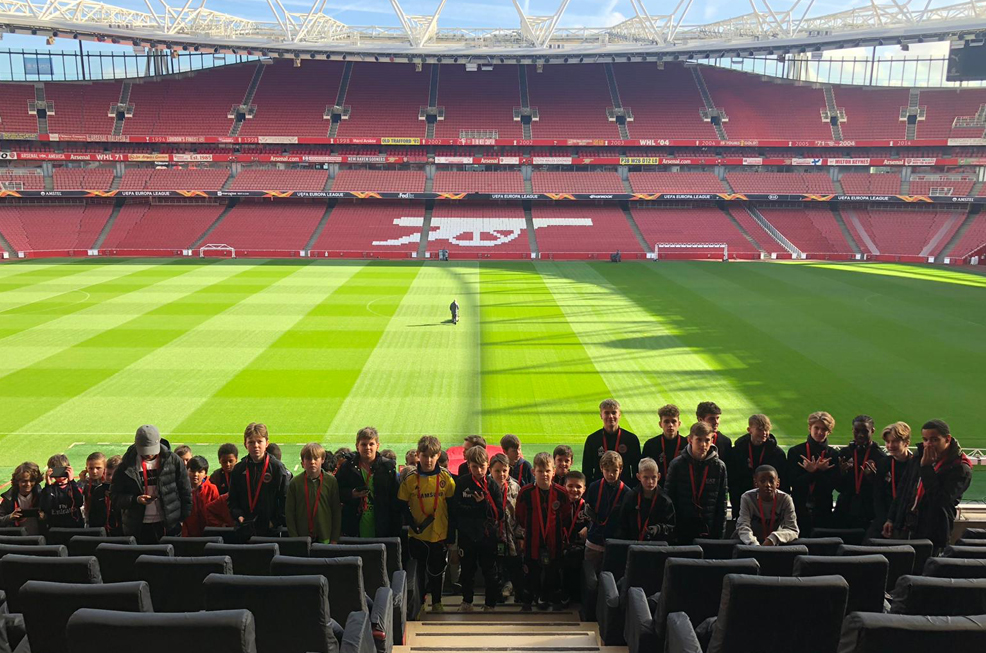 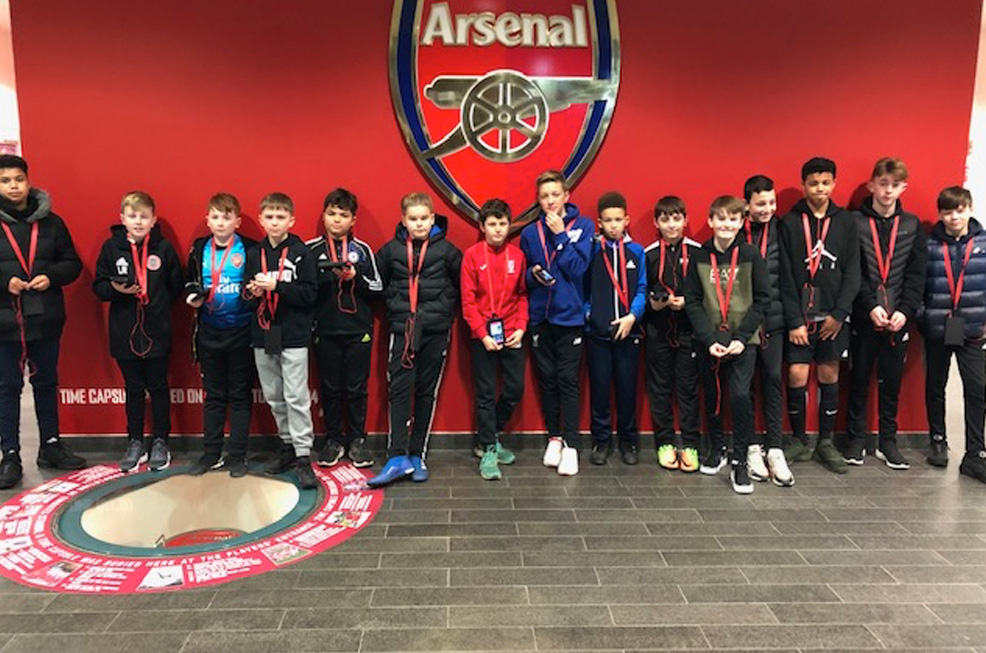